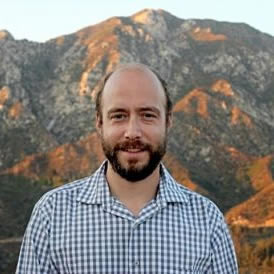 Evan joined TPF from from the UCLA Mildred E. Mathias Botanical Garden, where he was Assistant Director, responsible for operational management and strategic development. During his tenure, he launched a variety of initiatives, including a nursery renovation, an overhaul of garden maintenance, and extensive public programming and student engagement.

His botanical career began in the coastal prairie of Northern California, collecting data on methods for conserving native plant diversity. Returning to his home state of Massachusetts, Evan held positions at the Native Plant Trust, The Arnold Arboretum of Harvard University, and the Harvard University Herbaria. In 2012, he came back to California to manage the Rancho Santa Ana Botanic Garden Seed Bank, the world’s largest and most diverse collection of California native seeds.